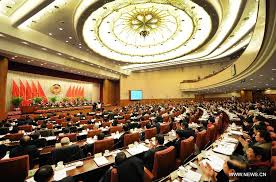 Yesterday, several parents complained on TV about shortages of baby formula in Hong Kong due to excessive purchases by parallel traders. During the television program, Secretary for Food and Health Ko Wing-man said that the current situation is far from ideal and that the government was considering a round of measures to resolve the problem. These measures include listing baby formula as a reserve commodity and controlling exports of the product. The government might also ask baby formula suppliers to better screen business customers by asking them to respond to telephone inquiries and to verify delivery times. Retailers might also have to take part in a goods-reservation system. Ko said that these measures would be announced within three days.

LegCo held the first day of a three-day meeting yesterday to discuss Chief Executive Leung Chun-ying’s Policy Address. Although the Policy Address has received low marks from the public in public opinion surveys, pro-establishment lawmakers still tried their hardest to protect Leung. The Democratic Alliance for the Betterment and Progress of Hong Kong said that the Policy Address was more activist than previous addresses. They praised the speech’s recommendations for supporting Hong Kong’s advantages and upcoming opportunities and for their ability to solve the problems of local citizens. Michael Tien, Deputy Chairman of the New People’s Party, praised Leung for his bravery and justice.